A Growing Community of Committed Christians 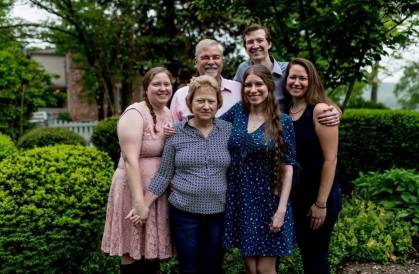 Mike has served in ministry since 1976. May 13, 1978 Mike married Patti Wetterhan who has been a tremendous help and encourager in every ministry they have undertaken. Mike has served as the Minister of the Wellsburg Christian Church, (Bracken County, Ky.)Youth Minister of Church of Christ Latonia (now Hilltop Church of Christ, Taylor Mill, Ky.), Minister of Taylor Mill Church of Christ (Independence, Ky.) and as Camp Coordinator for the Northward Christian Assembly (Camp Northward, Falmouth, Ky.). In 1984 Mike and Patti started attending Grassy Creek Christian Church and soon joined while working fulltime at Camp Northward. In the Summer and Fall of 1989 Mike preached several times filling in at Grassy Creek after their Preaching Minister had resigned. Then on January 15, 1990 Mike was hired as the Preaching Minister here at Grassy Creek Christian Church. God has blessed Mike and Patti greatly. Chief among His blessings are their four children, Heather, Charity (Andrews), Elaine and Sean-Michael. God has added another blessing to their lives, as their daughter Charity and her husband Kevin Andrews have had three children Alex, Jazmyne and Ian.   Also, their daughter Heather and her husband Jong recently had a baby boy, Evander. Mike has a Bachelor of Arts Degree from the Cincinnati Bible College and a Masters of Religious Education with a double major in Practical Ministries and Christian Education from the Cincinnati Christian Seminary. 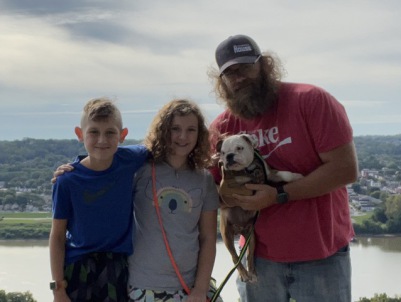 Growing up a lot of my life was based around sports in one way or another. Whether it was attending Indycar races with my dad, running cross country, track, playing soccer, or basketball. Through sports I have learned about teamwork and dedication. My goal in ministry

is to help develop the leadership teams of tomorrow. I was called to work in ministry while I was in high school, and have been blessed with the opportunities that God has given me to minister. I am a graduate of Cincinnati Bible College, where I have received a degree in Biblical Studies with a Major in Preaching.

I have two amazing kids, a son Elijah and a daughter Gwenyth.